What is Public Safety Act of Jammu & Kashmir

What is Public Safety Act of Jammu & Kashmir 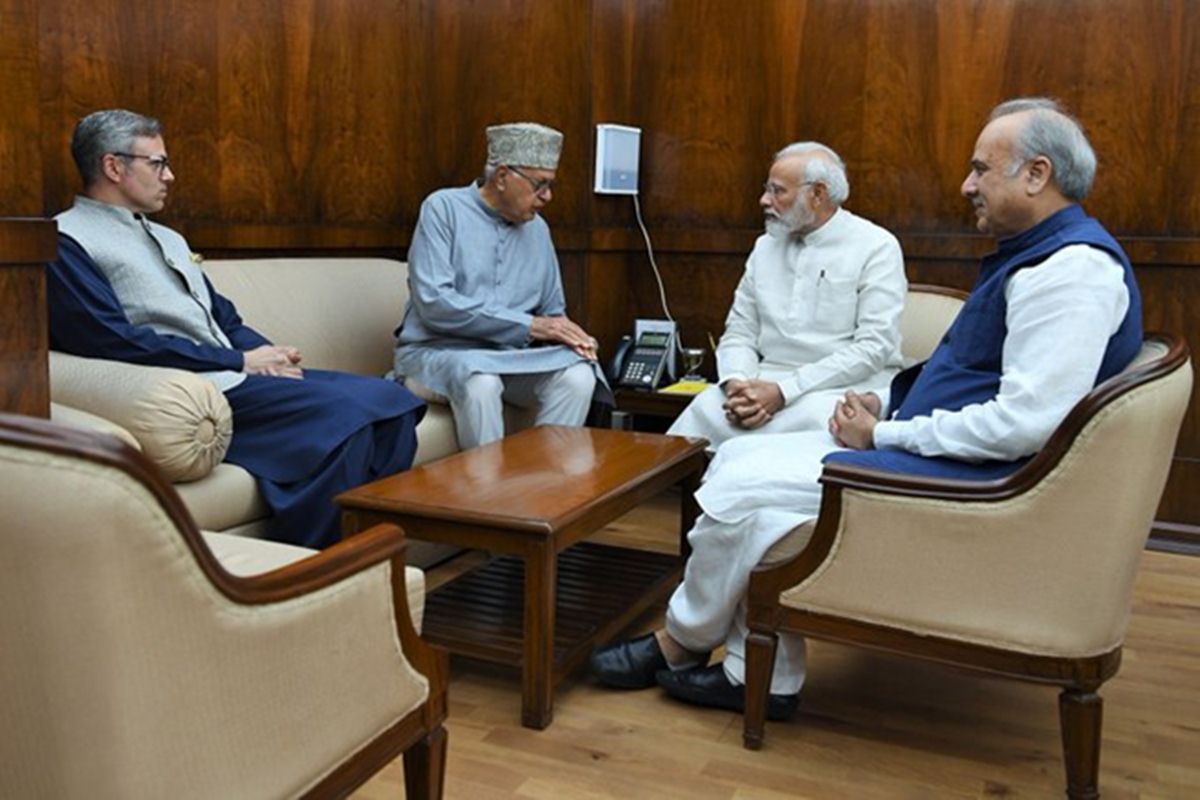 What is Public safety Act of Jammu & Kashmir

Former J&K Chief Ministers Omar Abdullah and Mehbooba Mufti were booked under the Public Safety Act (PSA) on February 6, 2020. The Jammu and Kashmir administration invoked the PSA to extend the detentions of the two senior politicians along with two other politicians- NC's Ali Muhammad Sagar and PPP's Sartaj Madani.
The four politicians had been kept under house arrest since revoking Article 370 in J&K on August 5, 2019. Their six months of preventive detention ended on February 5, 2020, and immediately after their release, they were booked under the Public Safety Act.
Omar Abdullah's father and another former J&K Chief Minister Farooq Abdullah was booked under the Public Safety Act (PSA) on September 16, 2019. He had also been kept under house arrest since the revocation of Article 370 of the Indian Constitution.
What is the Public Safety Act of Jammu & Kashmir?
• The Public Safety Act, 1978 of Jammu and Kashmir is a defensive detention law that allows taking a person into custody to prevent him or her from acting in any matter that is prejudicial to “the security of the state or the maintenance of the public order”.
•  Under the act, a person can be held for 2 years without trial and they need not be produced before a court.
• A similar act called the National Security Act (NSA) is used by the other state governments for preventive detention.
• According to the definition, preventive detention is meant to be protective, not punitive. When government authorities slap the PSA on an individual they give this broad definition as the most common ground for detention.
• Any person can be booked under PSA when an administrative order passed either by Divisional Commissioner (DC) or the District Magistrate (DM). Any detention under this act can’t be made under the order by police based on specific allegations or for a specific violation of laws.
What happens after detention under PSA?
The District Magistrate (DM) communicates to the person within five days and informs him about the reason for the detention in writing. However, DM has a right to communicate within 10 days in exceptional cases. It is important because on the basis on that communication a detained person can make a representation against the order. However, District Magistrate has powers to not to disclose all the facts on the basis of the detention is ordered.
Constitutional safeguards to a detained person
• According to Article 22 (a) of the constitution, no person who is arrested will be detained in the custody without being informed. He will be communicated until he shall be denied the right to consult and to be defended by a legal practitioner of his choice.
• A person detained under the PSA shall be produced before the nearest magistrate within a period of 24 hours (article 22-b).
• However, Article 22(3) (b) allows for preventive detention and restriction on personal liberty for reasons of state security and public order.
Key Highlights
• Farooq Abdullah was booked under Public Safety Act (PSA) to prevent him from participating in a rally planned by opposition leaders ahead of the UNGA session next month.
• He had last addressed the media on August 6, 2019, and expressed unhappiness over the Centre’s decision to remove J&K’s special status.
• Now, a heavy security blanket has been thrown around Abdullah’s Gupkar Road residence.
• It is the first time when a former chief minister of Jammu and Kashmir has been booked under the PSA.