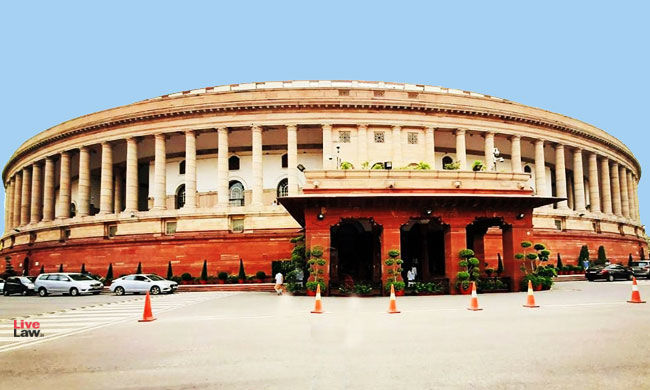 Parliament Passes The Arms (Amendment) Bill, 2019
Parliament has passed the Arms (Amendment) Bill, 2019, which seeks to amend the Arms Act, 1959. Apart from introducing new categories of offences, the Bill also seeks to decrease number of licensed firearms allowed per person and increase penalties for certain offences under the Act.
Key Features of Bill
License for acquiring firearms: The Bill reduces the number of permitted firearms under Arms Act, 1959 from three to one (including licenses given on inheritance basis).  The Bill provides a time period of 1 year to deposit excess firearms with officer-in-charge of nearest police station or with a licensed firearm dealer as specified.  The excess firearms will be delicensed within 90 days from expiry of 1-year period.
Firearm License Validity: Bill also increases the duration of validity of a firearm license from 3 years to 5 years.
Ban on firearms: In addition to bans mentioned in Arms Act, 1959, the Bill additionally prohibits obtaining or procuring un-licensed firearms, as well as conversion of one category of firearms to another without a license.
Increase in punishment: Bill amends punishment in relation to several offences and increases the punishment to between 7 years and life imprisonment, along with a fine for:
(1) dealing in un-licensed firearms, including their manufacture/procurement/ sale/ transfer/ conversion,
(2) shortening or conversion of a firearm without a licence, and
(3) import/ export of banned firearms.
The Bill increases the punishment for acquisition, possession or carrying of prohibited ammunition without a license to imprisonment between 7 and 14 years, along with fine. However, a court may impose a punishment of lesser than 7 years, with recorded reasons.
Adds New offences: The Bill adds news offences, which includes:
(1) forcefully taking a firearm from police or armed forces, punishable with imprisonment between 10 years and life imprisonment, along with fine,
(2) using firearms in a celebratory gunfire which endangers human life/ personal safety of others, punishable with imprisonment of up to 2 years, or fine of up to Rs.1 lakh rupees, or both.
Defines offences or Organised crime committed by Organised Crime Syndicates: Possession of firearms or ammunition by a member of a syndicate, in violation of Act, will be punishable with imprisonment between 10 years and life, along with a fine.  This punishment will also apply to to anyone dealing in un-licensed firearms (including its manufacture or sale), converting a firearm without license, or importing or exporting firearms without license, on behalf of a syndicate.
Defines illicit trafficking: To include trade, acquisition, sale of firearms/ ammunitions into or out of India where firearms are either not marked as per Act/ violate provisions of Act. Illicit trafficking is punishable with imprisonment between 10 years and life, along with a fine.
Tracking of firearms: Central government may make rules to track firearms and ammunition from manufacturer to purchaser to detect, investigate, and analyse illicit manufacturing and trafficking.