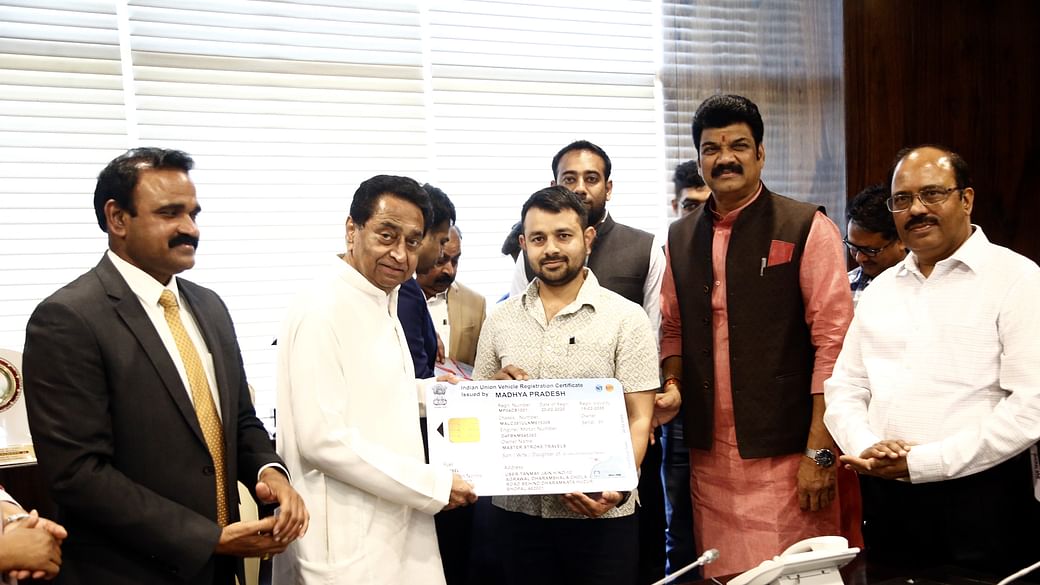 "Madhya Pradesh has become the first state in the country to introduce the unified registration card and the second state to launch the unified driving license after Uttar Pradesh," Nath said.

He also distributed the unified cards, including vehicle registration and driving license, to six persons.

Transport commissioner V Madhu Kumar said the ministry of road transport and highways (MoRTH) had issued the guidelines to bring uniformity in driving licenses and vehicle registration cards across the country in March last year.

These cards are being issued in compliance with these guidelines.

"MP is the first state in the country which started issuing both the smart cards together. Unlike the previous layout, the new cards will have more exhaustive information printed on both sides of the cards.

The unified driving license card will also have information about the ability of the driver to drive in hilly and dangerous areas, and an emergency contact number.

CM congratulated the transport department for making Madhya Pradesh the first state in the country to create a Unified Registration Card. This card is uniform and has the same color throughout the country. It will bear a specific serial number, an emergency number and a badge number. It will also bear information about the Organ Donor, QR code and invalid vehicle registration number.

License Card will have details on both sides of the card, on the front, it will behave state code, National Emblem, smart chip, date of issuing the card, validity date (of both non-transport vehicle and commercial vehicle), name of the cardholder, date of birth, blood group, father’s name, first issued date, photograph, and signature.

Backside of the card will bear serial number, QR Code, the information related to the category of license like the non-transport vehicle, transport vehicle, category of the vehicle like two-wheeler, four-wheeler, heavy vehicle, vehicle involved in transporting the hazardous substance and others, able to motorize in hilly and dangerous areas, the information of the officer who had issued the license. Along with the information on both sides of the new card, there will also be information about the Organ Donor. In to the unified registration card, at the front the details of the vehicle, emission standard details, registration number of the vehicle, validity, engine number, owner of the vehicle, date of issue. QR Code, sitting capacity, loading capacity, wheelbase, financer, and other details will also be printed on the backside of the card. Importantly the QR Code can be scanned through the smartphone and full details will be on the hand about the license and about the vehicle.